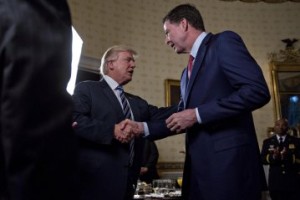 I am noticing that the pivotal factor in the last two bits of negative publicity about Donald Trump both relate to conversations.  He apparently gave away classified secrets relating to intelligence about ISIS  in a conversation with the Russian Foreign Minister – according to  US newspapers.  And following what appeared to be a private dinner conversation with the sacked Head of the FBI,  James Comey, Trump had apparently asked inappropriately for his loyalty and for the enquiry into Russian intervention in the election to be stopped – something Trump denies.

Whatever the truth and motivations were relating to these conversations, in retrospect at least, they clearly turned out to be for Donald Trump at least, somewhat risky!

Most of the time, conversation is not particularly risky.  We talk about practical matters, talk about our views and feelings at a fairly superficial level,  talk about generalities in vague terms, perhaps we make jokes – but generally only “politically correct” ones.

But often it appears that being able to make progress involves taking risks in conversations.  One of my colleagues at Ashridge has recently published research on “speaking truth to power”.   The idea is that this is often key to unlocking unhelpful “stuck” behaviours in organisations. Careers in business can be adversely affected.  For many, that’s a risk too far.

When a team I was involved in at Ashridge researched how leaders work with risk,  one of the lessons that emerged was the need for organisations  that want to work effectively with risk to encourage risky conversations .

It seems that somehow at the heart of how organisations work with risk is the types of conversations that happen between its members.  My Organisation Development consulting colleagues at Ashridge tell me that culture change happens one conversation at a time.  I am very impressed by this concept, and have witnessed it playing out both with clients with whom we work and in the extensive change we have seen at Ashridge over the past four years.

I was working recently with a global services client. There were over a hundred of them, from the top team downwards, and they had all come from different parts of the world to a classy conference centre in west London.  The day started with a strategy presentation, and then the result of a culture assessment exercise. We had proposed and agreed with the top team that they would have a better chance of succeeding with the strategy if they were able to change their culture. There were many aspects to it, but a couple of key ones were a move from one that prioritises individual technical performance at the expense of relationship with colleagues, to one which places more emphasis on relationship and behavioural factors;  to one that values being ‘heard’ above the one that currently puts a greater value on being ‘right’.  Then we asked them to sit in groups, made up of mixed levels of management. We observed and facilitated.

Initially, most of the voices in the groups were those of the most senior managers expressing their views on technical solutions associated with the strategy. By the end of the day, we were hearing some of the lower levels of management expressing views about human behavioural issues, sometimes even critical of current practices.

We asked them to reflect on what had happened in the room.  Initially, they talked about the technical solutions they had come up with. Then, with a bit of coaxing, they started to notice how the conversations had changed in the groups. People were taking risks in conversations: senior managers inviting their more junior colleagues to be open with their views;  more junior managers making non-technical points, even being critical of leadership behaviours.

Somehow the managers in this room had become more convinced that they all had similar ’skin in the game’, and therefore it was worth taking personal risks to speak out. This was a step towards a more anti-fragile organisation. Weick and Sutcliffe wrote a book on Highly Resilient Organisations (HROs) (Weick & Sutcliffe, 2007), and unpicks some of their characteristics – what works and what doesn’t work in terms of making them more or less resilient. These are organisations that are regularly dealing with crisis or the potential for crisis (eg, emergency service or the military). Many factors can impact resilience, but the one stand-out factor seems to be the ability to be open with failure, to talk about it, to consider its possibility, to be honest about its occurrence, and to consider how it could be avoided or managed if and when it happens.