So this week we hear that Trump has announced that his Secretary of State will be Rex Tillerson,  CEO of Exxon Mobil, the world’s largest private oil company.   Apart from all the additional jitters this creates around the environmental sustainability agenda, with one of the most powerful people in the oil industry becoming one of the most powerful global political leaders,  this is part of a bigger more significant statement – another business leader in a top political job.

As a business professional myself, now a professor teaching business leadership,  I must declare a bias towards the idea that business leaders could make particularly good political leaders.  There are  some reasons why I think this:

The interesting question for business leaders is the extent to which we, the “people”, trust them to work for our best interests.   Some would say this can never happen. Business leaders are primarily interested in personal wealth, and to achieve this, generally have to do whatever they can to maximise the profits of the organisations that they lead, and this tends to be in conflict with the interests of others who might be impacted by the organisation.  Others would argue that effective business leaders are only effective because they take account of the interests of all those impacted by a business organisation; so-called “stakeholders” who include customers, suppliers, employed staff and indeed the public at large.  This is a debate that has bubbled away for some time, and to some extent, polarises opinion on the purpose of business.

Over the past couple of years, I have been part of a team at Hult International Business School researching the business response to the issue of “Modern Slavery”.  [ http://bit.ly/2eWSm66  ]  This is the idea that certain extremely exploitative labour practices exist in the global supply chains of many leading business organisations.  It has been thrown into the spotlight in the UK by the passing of the Modern Slavery Act in October 2015, which requires UK-based business organisation to report on what they are doing to discover and address the issue. 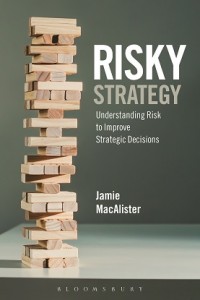 Today, we are witnessing Jenga towers toppling and collapsing, towers that previously looked strong.  Others on firmer foundations remain strong.  And new towers are being built all the time.

In our research on modern slavery, we have reached a situation where businesses at the end of a complex global supply chains, primarily the big brand retailers, are in a position to impact positively on the welfare of millions of workers in and from developing countries.  Historically, these businesses have competed to offer the best deal for consumers in the developed nations.  This is the essence of the capitalist model as originally set out by Adam Smith in his 18th century book The Wealth of Nations (Smith, 1997). We have international legislation that fiercely protects this competitive principle, on the basis that it protects the ‘paying public’ from exploitation.

However, we know today that in return for this privilege, there is still exploitation of workers that contributes to delivering this consumer benefit.   We know from our research that the only reasonable ways in which the developed world’s retailers and other major corporates can change this for the better is by collaborating – to maximise the influence and impact where it matters, including with national governments.   Ironically, in the UK and other countries, the latest legislation on modern slavery is a catalyst that encourages this collaboration.  But this flies in the face of naturally competitive instincts and competition law.   Is this a time for bold leaders to challenge this paradigm?  Could this be a time for a positive Black Swan?

Indeed, is this a time for business to become part of the solution, instead of part of the problem?

Timothy Fort, Professor of Ethics at George Washington University Business School, and Director of that university’s program on ‘Peace through Commerce’ (Fort, 2007), argues that for such a time as this, business itself has a role to play in bringing ethical leadership to the world in which it has become a core element.  He develops classical ’theory of the firm’ thinking:  is the purpose of business to maximise shareholder value, which gets further translated and simplified to maximise profit, or is it fundamentally to bring about positive social change?